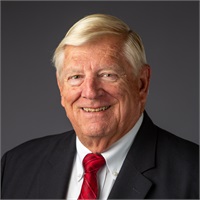 Richard (Rick) is co-founder of Pillar Wealth, Inc. He has been in the investment business since 1996. Prior to this, Rick founded Richard C. Jarchow, CPAs, a sister firm to Pillar Wealth in 1983. Rick has a Bachelor of Science degree in Accountancy from the University of Illinois and an MBA with a concentration in Finance from New York University. He holds series 7, 63 and 65 licenses and is a licensed CPA in Illinois since 1968 and Florida since 1983.

As an active member of the Fort Lauderdale community, Rick is a member of the Downtown Rotary (since 1983), the Lauderdale Yacht Club (since 1980) and the Lauderdale Harbors Improvement Association (since 1990). Rick proudly serves as a member of the board and Vice-President of the Kantner Foundation (since 1989), a South Florida foundation whose objectives are to advance the free enterprise system and community based philanthropy and provide scholarships to like-minded local high school students. To date, the Kantner Foundation has distributed millions of dollars in the form of scholarships and grants to non-profit organizations in Broward, Palm Beach and Martin Counties, Florida.  Additionally, he is a member of the American Institute of Certified Public Accountants (AICPA),  the Florida Institute of Certified Public Accountants (FICPA), and the Financial Services Institute (FSI).

Rick resides in Fort Lauderdale, Florida, with his wife, Diane. They have three grown children and two grandchildren.  His eldest is Christy, who is part of the Pillar Wealth team.  He enjoys cruising on his boat, reading, spending time with his grandchildren, and country music.   He also enjoys exploring the United States and Europe and spending time with his family and friends.